When news broke about Mountain Equipment Co-op being sold to an investor in the United States, the reaction among many of its 5.4 million member-owners was surprise, anger and disappointment.

More than 130,000 members have so far signed a petition to reverse the sale, while a group of members has raised more than $100,000 to give members a voice at MEC’s Companies’ Creditors Arrangement Act proceedings.

Unfortunately, these efforts are too little, too late. MEC began eroding its membership’s democratic voice years ago, which put in motion the process that’s led to its demise as a co-operative. It was all sadly predictable.

Researchers have shown that big co-operatives often fail when they drift away from co-operative principles and values, especially democratic representation.

MEC made all the classic mistakes. It built a leadership team that lacked any obvious understanding of co-operatives and fostered a culture that started to see member involvement as a problem rather than a strength.

There is also evidence of management hubris, over-investment and lax board oversight — three more troubling signs, according to the same research on the failure of big co-operatives.

MEC’s slide arguably started in 2012, when it dropped the word “co-op” from its marketing and adopted a rule to disqualify board of director candidates that the board felt weren’t up to the job. Today, only one of the bios for MEC’s board makes an implicit reference to co-operative experience.

In justifying these changes, the board said it needed board members with experience running companies as big and complicated as MEC to face off against online competitors like Amazon or big outdoor retailers like Sail in Eastern Canada or Cabela’s in Western Canada. The assumption was that the average board member just wouldn’t be able to cut it, even if they had ample experience on boards and in business.

This shift is peculiar because boards of big co-operatives like MEC can hire the advice they need. There’s also compelling research showing that a diversity of perspectives can improve board decision-making. Recruiting people from the same professional background is misguided.

And as other researchers have emphasized, co-operative governance is mostly about setting the organization’s direction, maintaining legitimacy with members and ensuring the organization has a strong workplace culture and good relationships with the community. Experience at a big private company provides no obvious advantage when it comes to these assets.

MEC’s demise as a co-operative business seems to correlate with these governance shifts away from democratic input. Consider the graph below:

It shows the evolution of MEC’s leverage ratio, a measure of risk that we calculate as the ratio of the money owed by MEC (total liabilities) relative to how much money members had accumulated in the business (member equity). Until MEC started making big governance changes in 2012, the ratio was low and stable. Then it started climbing, settling near 100 per in 2018-19.

There is reason to believe that the debt resulted from MEC’s expansion strategy.

In 2012, MEC announced it was adding 1,400 new products to its stores. In subsequent years, MEC opened a “stunning” new headquarters in Vancouver and expanded into smaller Canadian markets like North York, Kelowna, Kitchener and Laval while expanding its presence in places like Edmonton and Calgary. Plans were also underway to open a store in Saskatoon.

In analyzing the sale of MEC to U.S.-based Kingswood Capital Management, one observer concluded that the new owners will almost certainly close several MEC stores to make the business viable and suggests, as a result, that the sale is a bad and unnecessary deal.

Could the MEC board have also closed stores? It wouldn’t have been easy. Some members would have objected.

But a more determined and democratically selected board might have had the legitimacy to make tough decisions and in the process, retain the loyalty and good will of a big group of upset members.

After news of the sale, MEC’s board chairwoman explained the decision to sell the business. 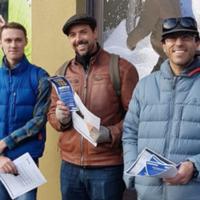 If anything, her message underlines the board’s disinterest in what remained of MEC’s democratic process. Judi Richardson wrote that “things will look a little different” after the sale, for example, as if democratic control is trivial. The letter also dismisses the possibility that members might have helped to recapitalize the co-op.

The recent petition and fundraising efforts suggest MEC could have tapped into a reservoir of good will. But the board’s skepticism about this solution is probably justified, because any such effort would have signalled to creditors that MEC was in trouble. That’s not something any board wants to do.

More fundamentally, the good will we see today is probably not deep enough to raise millions of dollars in capital, especially in the midst of CCAA proceedings. It’s easy to sign a petition or give a few dollars to a GoFundMe campaign, but it’s another thing to put big money into an organization that won’t give you any real democratic voice.

And maybe that’s the ultimate price that co-operatives pay when they make it harder for ordinary members to have a say. They lose their membership’s voice, loyalty — and ultimately, their business.