When William Haseltine told a group of fellow scientists in 1986 that an AIDS vaccine would be unlikely because of the difficult nature of the virus, he was booed off the stage. His colleagues even threw stuff at him.

“But we still don’t have a vaccine for AIDS,” he recently told Reuters. “We don’t know for sure that a [COVID-19] vaccine won’t be developed, but I can say with the same conviction — don’t count on it.”

In the last couple of weeks the virologist also has offered some jarring observations on the nature of the coronavirus, self-promotion by drug labs, the hazards of rapid reopenings and our global unpreparedness for what is yet to come.

He’s done so on his website and in a variety of interviews.

Besides being so unfortunately right about HIV, why else should we pay attention to what Haseltine is saying these days about COVID-19?

Start with his resume. A retired Harvard medical professor and a cancer/HIV researcher, Haseltine has been around the block a few times as both as hardcore researcher and biotech entrepeneur.

Over his career he worked on or developed drugs for HIV/AIDS, anthrax, and other ailments. The 76-year-old is also an expert on aging and dementia. And he started up Human Genome Sciences with Craig Venter in 1992.

Here, then, are eight cautions by William Haseltine that, while hard to hear, may save many lives if heeded.

1. Beware of those who purvey premature hope.

Haseltine’s years of experience cause him to caution against being manipulated by emotion. A number of firms have been giving “a false impression of progress” on the vaccine front, he worries.

Cambridge-based Moderna, for example, made headlines last week with news of a safety trial on just eight healthy individuals for its vaccine. The value of the company’s stock exploded. Although the company said their experimental vaccine raised neutralizing antibodies, it said nothing about levels.

In a pointed Forbes column, Haseltine noted that Moderna’s tidbit of information was “the equivalent of a chief executive of a public company announcing a favourable earnings report without supplying supporting financial data, which the Securities and Exchange Commission would never allow.”

In the months ahead citizens should remain skeptical about overinflated claims and remember that “medicine and science are not matters of majority opinion; they are matters of fact supported by transparent data.”

2. Even a vaccine that works likely won’t solve the pandemic.

Haseltine also wants citizens to appreciate this bit of wisdom: a vaccine will not likely end this pandemic for several reasons.

For starters the most affected population, people over the age of 60, are the most difficult population to develop vaccines for. As the immune system ages, the effectiveness and duration of vaccines wanes with it. “It is very difficult to develop a vaccine for older people,” notes Haseltine.

Second, coronaviruses make difficult vaccine candidates because they produce many proteins that allow them to trick and evade the immune system.

SARS-CoV-2 can play tricks with the immune system in a way other viruses can’t. The human immune system offers a two-pronged response to a viral invasion. One response produces antibodies which bind to the virus and eliminate the intruder. The other response more directly attacks infected cells. But SARS-CoV-2 can mute the first response and make the other hyperactive says Haseltine. “SARS-[CoV]-2 is amplifying what happens to us naturally as our immune systems age.”

As a result experiments with vaccines for SARS and MERs have not ended well. Some generated neutralizing antibodies, but they didn’t provide adequate protection, says Haseltine.

Third, Haseltine doesn’t think an adenovirus-based vaccine such as the one proposed by CanSino Biologics, and now being tested in Halifax, will do the trick either.

Haseltine reported in Forbes that the antibody response in the older test group, ages 50 to 60, was “less robust that younger volunteers.” So how is that product going to work in an elderly population “known to mount poor long-term immune responses to novel infections?”

So there is no guarantee the current race to develop a vaccine will end successfully as The Tyee has already underscored. “We don’t know whether the vaccine will offer sterilizing, long-lasting immunity — as hoped — or only transient, partial protection, as seems more likely.”

3. A flattened curve is not a road to victory.

Haseltine also thinks many people aren’t taking the disease seriously enough. The veteran virus fighter compares COVID-19 to polio. It, too, was a cold virus with a nasty bite. One in 200 people infected came down with paralysis and of those 10 to 15 percent died of muscle paralysis. It, too, spread through what white coats call “the oral-fecal route” on people’s hands and contaminated surfaces.

As the world experiments with reopening after the first wave, often without adequate testing, contract tracing and isolation facilities in place, people should regard everyone they meet as infected and act accordingly.

“That’s the only safe assumption you can make,” he said. “And don’t assume that if you’ve been infected, you’re protected.” He advises people not to let down their guard or stop wearing a mask in crowded places until their city and region hasn’t recorded a COVID-19 case for a month.

4. ‘Herd immunity’ is a dubious prospect.

Haseltine also thinks you can forget about herd immunity as some kind of saving grace. There is a reason that we all get colds every year and that’s because immunity to the four corona viruses that cause colds doesn’t last long.

“There’s no such thing as herd immunity for this disease. I doubt it will ever exist,” Haseltine said in a Reuters interview, because “people who have had it are getting reinfected.” He thinks Sweden made a bad mistake going for herd immunity, and then cites the nation’s death rate which is higher than any other Scandinavian country.

The next thing Haseltine wants you to think about is our chronic and ongoing lack of pandemic preparedness. COVID-19 caught the world with its pants down because governments and corporations ignored all the warnings. If you want to know how predictable pandemics can be just watch the film Contagion, says Haseltine.

Nearly 15 years ago the emergence of SARS and then MERS demonstrated that coronaviruses could be an existential threat. Although researchers started work on 20 potential drugs for these coronaviruses, they all got shelved.

“Those drugs lay dusty on the shelves in China, in Singapore, in Hong Kong, in Europe, in the United States, and in the [United Arab] Emirates and Saudi [Arabia] where they were discovered and shown to work in animal models of both SARS and MERS.” The reason: there was no economic model to develop them. Haseltine thinks it is more likely researchers will find a suitable drug treatment for the virus before they develop a safe vaccine.

6. Nature is not nearly as controllable as we wish.

The pandemic is also sending people a deep and profound message, says Haseltine. “We are part of Nature. We don’t control Nature. Do we control volcanoes? Do we control hurricanes? Viruses are part of nature and their job is to grow in us,” Haseltine recently told Reuters.

Globalization and human population growth have created pretty good ecosystems for new colonizing viruses. Every day the viral world makes trillions of random mutations and some of these mutations produce viruses that can adapt to human environments better than others. More pandemonium is coming, warns Haseltine.

“It is only a matter of time before a coronavirus that is far more lethal and contagious than this one emerges to ravage the world’s population,” says Haseltine. “When that happens, we will no longer be talking about a global death toll in the 'mere' hundreds of thousands.” He also suspects the world is overdue for a deadly influenza outbreak capable of removing one to two billion people from the planet.

8. Changes in behaviour can save us now. And far more certainly than any vaccine.

Last but not least, we should pay more attention to the most important part of this story: changing human behaviour can stop COVID-19 dead in its tracks. 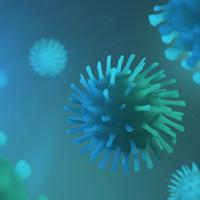 Don’t Bet on a Vaccine

Haseltine notes that countries including Taiwan, South Korea, Australia and New Zealand contained the virus so well they are in pursuit of eliminating it, and have done so without drugs or vaccines. They did it by testing, contact tracing and isolation of the infected in special quarantine hotels and facilities. Asian nations also demanded that their citizens wear masks. “We have effective tools at hand,” says Haseltine. “It is a sad thing to witness. Not all countries are doing that.”

Only one thing really sets successful nations apart from struggling jurisdictions during this pandemic and that’s experience. South Korea had battled a MERS epidemic and was prepared. The province of British Columbia just happened to have a chief medical officer with experience battling SARS.

Learn from nations that learned from their recent past pandemic horrors, Haseltine advises. Though even this call to action he tinges with a dour skepticism borne of his long experience. Having watched catastrophes unfold, from AIDS to COVID-19, Haseltine arrives at a simple conclusion.

“We fail collectively in undertaking the necessary action to assure that predictable calamities do not strike again and yet again.”